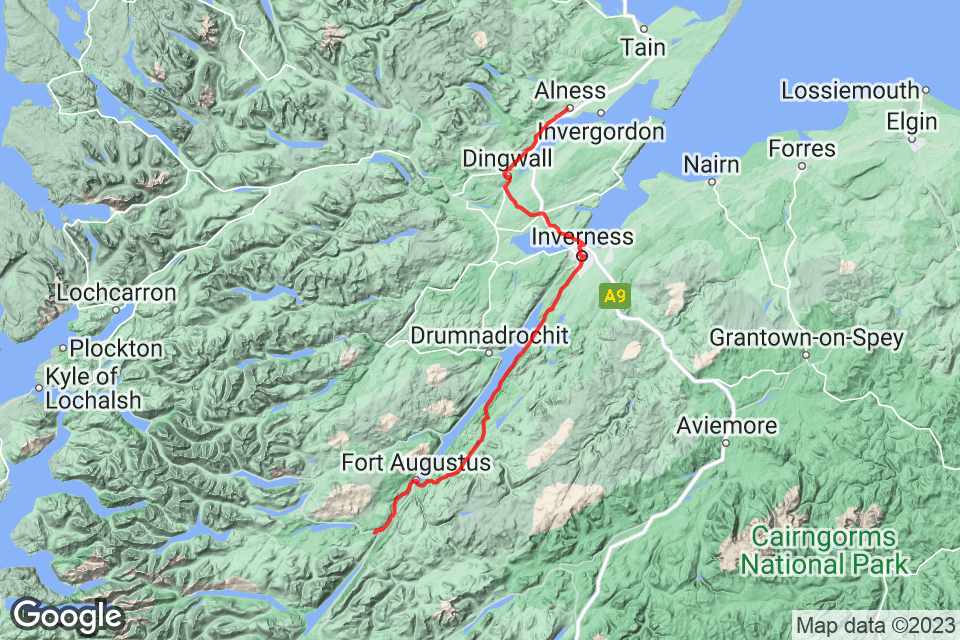 Derek headed off early today, to get to Inverness to buy a new phone (see day 1). Meanwhile Mike took a different route to visit a distant cousin near Beauly, leaving Terry, Joe and Rowland to head to Inverness to meet Derek. They finally met at the Velocity cyclist cafe.

After lunch all 4 set off, but quickly Derek and Terry took a different route down to Fort Augustus, leaving Rowland and Joe to follow the Loch route. There will be hours of debate as to whose route was the most difficult, but we all had to climb to the summit at 1290ft! The decent into Fort Augustus produced some hair raising speeds of around 40mph! There is a coast to coast race happening this weekend, so we passed many mountain bikers on the mountainous roads (who also need to run and kayak the 105miles of the route).

A nice gentle ride along the Caledonian Canal and we met up with Mike, before heading to the Saddleback hostel for the night. A quick shower and then a short walk to the Invergarry Hotel for a well deserved (excellent) meal.